SOUNDTRACK AVAILABLE ON ALL STREAMING PLATFORMS 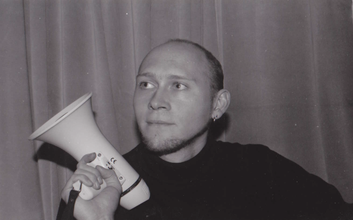 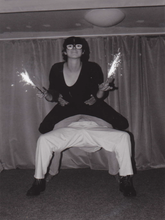 A first version of the World Cruzer was published in 1996. The World Cruzer started as a 60min poetry life performance with narrator, cello and actor. Artist Yorick Niess was inspired by rising love parades. His idea was to create consciousness about the value of life to connect people for a common future. A social vision of humanity in a time of vast individualism and capitalism. The premier at the international noted Children and Youth Theatre Marienbad, Freiburg was applauded by a professional audience. More events followed at Art Basel, Stuttgart and Berlin. Fans responded to the idea by creating a dance theatre version.

In 1999 producer Ludger Kreilos-Erichsen released the World Cruzer as dolby surround audio drama at lab rec, Gallery Malakoff. As a trekkie, director Yorick Niess packed it with well known German dubbing voices from Star Trek and Star Wars. Composer Marcus Vetter and Philipp Schulz melted in contemporary music styles to create a timeless album. The audio drama was released at Radio Play Days of public broadcaster SWR - just next door to the famous director Schlingensief. The quality of its sound mastering inspired international Hi-Fi specialists to use this album to fine tune high end sound systems. With the promotion of distributor Zomba records and cult radio station Fritz it became a national underground hit in Germany. DJs played it to open or end parties. Psychologists and healer offered World Cruzer therapies. The author was proud to see, that the World Cruzer was loved by a very broad audience. And each individual realized a completely different story when listening again. His concept of a universal language seemed to work. 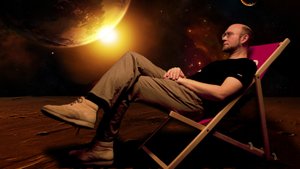 In the year 2000 the producer and author completed a first feature art movie version. It had its premiere at CinemaxX theatres of Hamburg and Freiburg. But the cinema chain faced financial difficulties and stopped the screening before going nationwide. The World Cruzer continued with independent open-air screenings in several towns, as underwater installation at Liquid Drome Berlin and as show event in several planetariums. A nationwide show failed in organization due to technical differences of planetariums that time. But the attempt was honored once again by fan communities organizing annual private screening events especially in eastern Germany like „Ostgut“. Due to the global change in interlectual property rights the first version had to leave market. 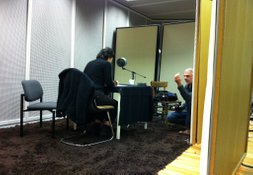 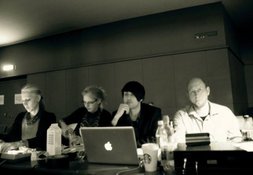 In 2006 the World Cruzer was no longer available. As sound engineer Ingo Burghardt ordered samples, he found out, that collectors sold their discs to amazing prices online. He pushed author Yorick Niess to write the next episode of the World Cruzer trilogy. They both worked door to door almost one year on the script and prepared tracks for an epic scoring. During recordings they were missing Herbert Weickert among the famous Hollywood star dubbing voices. The famous German voice of Enterprise commander „Spok“ left life on earth. This time the son of star trek cyborg „data“, – known as the dubbing voice of Jonny Depp – became a powerful main voice.

The original idea was to create the new World Cruzer as a modern symphonic concert with actors. Over a year the author cooperated with Swiss composer Raphael Sommer. They worked on an epic scoring composition. In 2013 a preview of the symphonic concert was presented at the music hall Casino Basel with near to 100 modern musicians. Shortly after the event the organizer announced bankruptcy once again. The concert series went off the program. Author Yorick Niess tried then to compose the music by himself. Together with composer Michael Summ they presented a new preview in the Slow-Club Freiburg. Test result was good but did not meet their own claim. 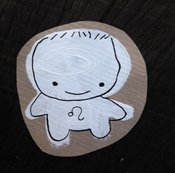 In 2016 producer Ludger Kreilos-Erichsen suggested REECODE as new accustic vision. Artist Teloy was a founding member of the legendary community of bar25 - an indiependant music club in the heart of Berlin. The first meeting between composer and author was positive. But directly after, Teloy was diagnosed a rare form of epilepsy. The artist had to spend one year in hospital. Facing a fatal course of his disease, the composers last wish was to complete his work. For a long time, no one knew, if Teloy would survive. 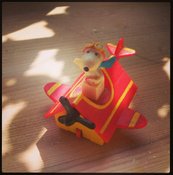 But contrary to all forecasts Teloy presented an amazing composition at the artist hall on the Wood Market Area of Berlin 2019. The new album had its kick off premier right in time to its 20th anniversary with a life performance show of international GOP vaudeville theatre actors.

The new soundtrack was complete, but there was no picture. Tests failed to produce a vaudeville act. Producer Kreilos-Erichsen knocked on many film studio doors with good offers. But answer was always the same: „not possible to visualize!“. The project returned to sender. The author designed the lyrics to have a high level of abstraction, so finding pictures was now the contrary process. But meanwhile Yorick gained more experience as a media producer. He suggested to work with stock footage to have maximum flexibility shaping the complex storyline. It was fun to see the movie in between all genres. It appears as a music video without musicians, as a documentary without locations, or as a fiction film without actors. The editor focused on the main character and used the symphonic structure to include benefits of all genres. To find one single edit, he combined hundreds of pictures and shot images as placeholders. Art director Ludger encouraged the Yorick to not use a picture twice. It took one year to pass the challenge: an original piece of art that will not be caught up so quickly. The more creative headroom ended up in handling over 1.300 licenses. With Getty Images coming in, the team succeeded to unite over 700 video artists in a single project. Most of them derive from Eastern Europe. Today´s production reached its complete audio visual form in January 2022. 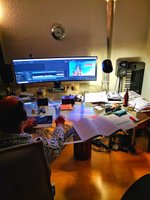 for ordering licences, tickets or DCP file for your screening event.

We are happy about your feedback.